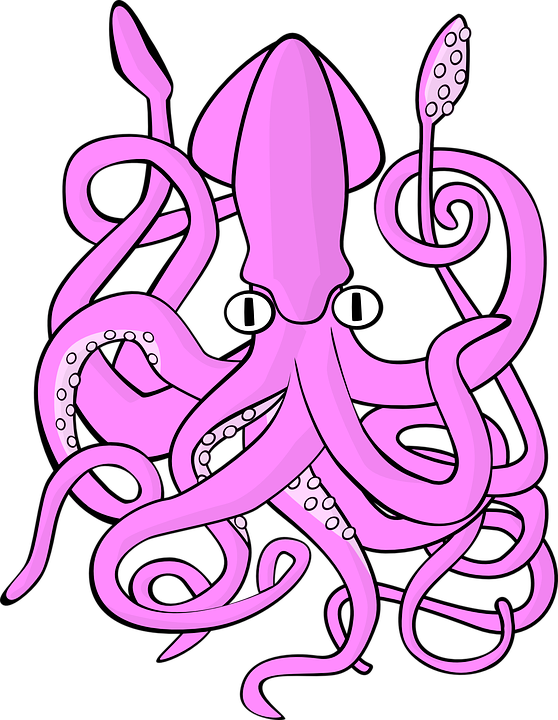 If you are looking for a knitted squid pattern, this one may be just for you.

It is 7.25 inches long not including its legs and has a 14.5-inch circumference.

This knitted squid is quick to knit and small enough to hang on a mobile above a babies cot.

We used Eggplant 24344 wool to get the above dimensions, but you can experiment with any wool you like.

KFB – knit into the front and back of the stitch

Rnd 2: and all unaccounted for even rnds through Rnd 32: knitt….

At the corner of the BO seam and working into the bottom purl bump ridge, PU and K2 sts at back, 1 sts at the side, 2 sts at front – 5 sts.

Work in i-cord for 2 inches.

Make another arm at the other corner of the BO Row.

Working into the bottom purl bump ridge, PU and K2 sts from front and 2 sts directly behind them at back, right next to where you’ve picked up for an Arm. Work in i-cord for 3,5 inches. Cut yarn and secure. Work two more legs across purl bump ridges so you’ve go 3 legs between two arms.

I-cord – *knit a row. Slide row to the other end of the needle without turning the work. Pull yarn firmly and repeat from *, creating a tube.