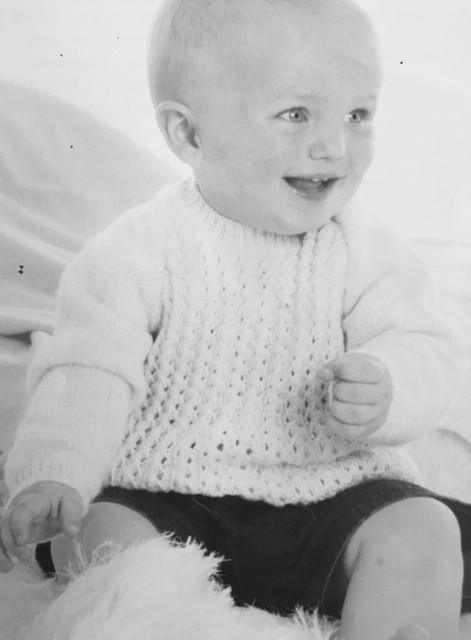 Here is a pattern for a baby jersey. It has raglan sleeves and is a relatively simple pattern to follow for beginner knitters.

2 balls in the color of your choice

It is recommended that you check the tension in order to save you both time and money before knitting this baby jersey.

You can see the abbreviations list on the knitting dictionary.

These four rows form the pattern.

Change to 3,25mm needles and cont straight in the pattern above.

RSF, rejoin arm to rem sts, pick up sts from holder, cast on 6sts (=button band) and work as for right side, rev shaping and omitting buttonholes.

WSF, rejoin yarn at neck edge, pick up sts from holder and work as for left side, rev shapings.

Cont straight and when work measures 12,5(15;17)cm from beg ending with a WSR, shape the raglan.

Cast off 2sts at beg of next 2 rows, then dec 1 st at each end of next and every foll alt row until 19sts rem, then on every foll row until 9 sts rem thus ending with a WSR. Cast off rem sts.

Block pieces to measurement, cover with a damp cloth and allow to dry. Sew raglan seams.

Cast off RW. Sew up side and sleeve seams.

For some fun kiddies accessories to knit, click here.