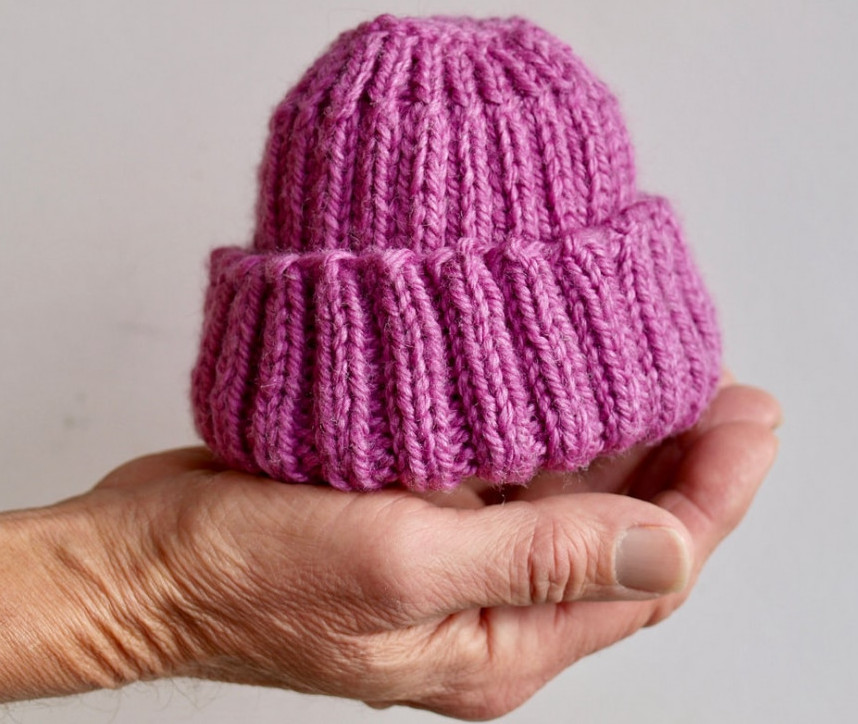 Have you seen Tom Daley the knitter. He seems to be trending right now. Its refreshing to see the guys knitting too, as it is not as common a sight to see now as it was a few hundred years ago.

Another famous male knitter and designer to look at is Stephen West.

Tom Daley is a British Diver and everytime you see him at the Olympics, he is sitting knitting.

Daley said on Instagram that knitting has become his way of “finding calm, mindfulness and relieving stress.” He even has a separate knitting account, called “Made with love by Tom Daley,” where he posts his creations, including cute doggie jumpers that he sells to raise money for charity.

He even made a knitted pouch to hold the gold medal that he won. 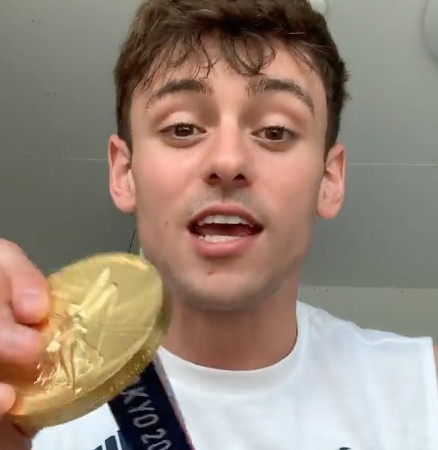 Tom Daley competed for Great Britain at the Tokyo Olympics, and he was seen regularly knitting while he waited for others to complete their dives.

After winning gold in synchronized diving, he knitted a pouch for his medal to keep it from getting scratched. He also knitted a cardigan (see the video below) that featured elements of the Olympic rings and the British flag.

Knitting Is Great For Mental Health

Olympic knitters are the last thing you expect to see at the games, but it has been proven that knitting and crochet is a proven way to release stress and get your mind off of your problems.

Mental health was an ongoing theme during the Tokyo Olympics. Gymnastics superstar Simone Biles, for example, had to step aside from several events because she was losing the mental focus that she needed to perform her incredibly difficult vaults and routines.  Makes me wonder if a bout of knitting may have been helpful to her problems too.

According to data the Craft Yarn Council provided to Verwyell, in previous years, survey respondents have deemed yarn crafts a form of self-care, a mood enhancer, and a means of improving concentration.

Studies in medical journals have highlighted similar benefits. For instance, a 2013 study published in the British Journal of Occupational Therapy found that knitting had significant psychological and social benefits that contribute to wellbeing and quality of life.

The experts seem to agree that the repetitive motions of knitting and crocheting are to thank for the mental health benefits gained.

“With hobbies like knitting and crochet, that repetitive motion itself is very therapeutic,” Guenther-Moore tells Verywell. “It allows your mind to kind of take a step back from whatever is bothering you—or causing you frustration or stress—and allows you to zone out while your mind focuses on that repetitive motion. Before you know it, 30 minutes later, you’ve knitted or crocheted several rows and you’re not thinking about whatever was stressing you out or frustrating you.”

Barron says a large part of the sensory cortex of the brain is stimulated by meaningful hand use.

“Meaningful hand use also gives us a sense of autonomy and purpose, whether we are tending to our environment in routine ways or creating a work of art,” she adds.

Being able to see a final finished product is also mentally rewarding.

Seeing people like Tom Daley the knitter knitting in public somehow makes the art of knitting a cool thing to do again, and public figures have a huge influence on the trends of the moment, so it is great to see such positive actions becoming popular again.

It’s not the first time we’ve seen some knitting action at the Olympics.

At the 2018 Games in South Korea, Finland’s snowboarding coach was spotted casually knitting before one of the team’s athletes competed.

Tom Daley the knitter has stated, “The one thing that has kept me sane throughout this whole process is my love for knitting and crochet and all things stitching.”