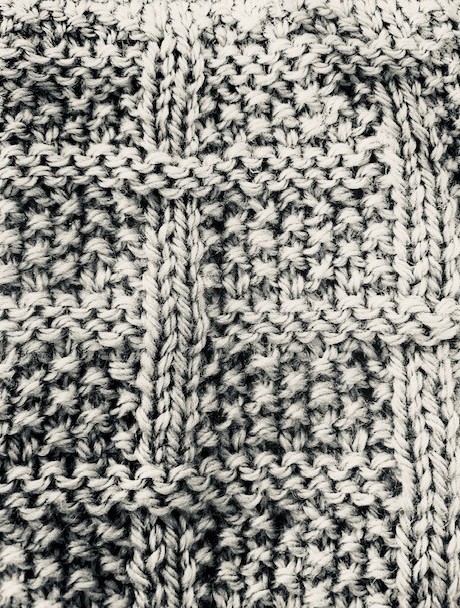 If you want a bit of a challenge with your knitting, why not try knitting up some squares to make up a moss stitch blanket. This will be a great way to get rid of all your scraps of wool and will look great on your sofa.

The pattern is done in moss stitch with a checkered pattern which adds a 3-dimensional design to your piece.

I find it easiest to knit many small squares and then join them up. If you would like to knit a larger square, simply double up on the stitches when casting on and repeat the pattern until the square is big enough for your liking.

Because this pattern requires concentration, I have stuck to 28 sts.

You can decide how many squares to knit, depending on how large you want the moss stitch blanket to be.

Repeat them once more, then work rows 3 to 7 again.

You can either work all your squares in the same way or do larger squares. You can also do half you squares in this moss checkered pattern and the other half plain and then alternate them when sewing up the blanket.

If you want to try your hand at storage baskets, there is a pattern waiting for you here.