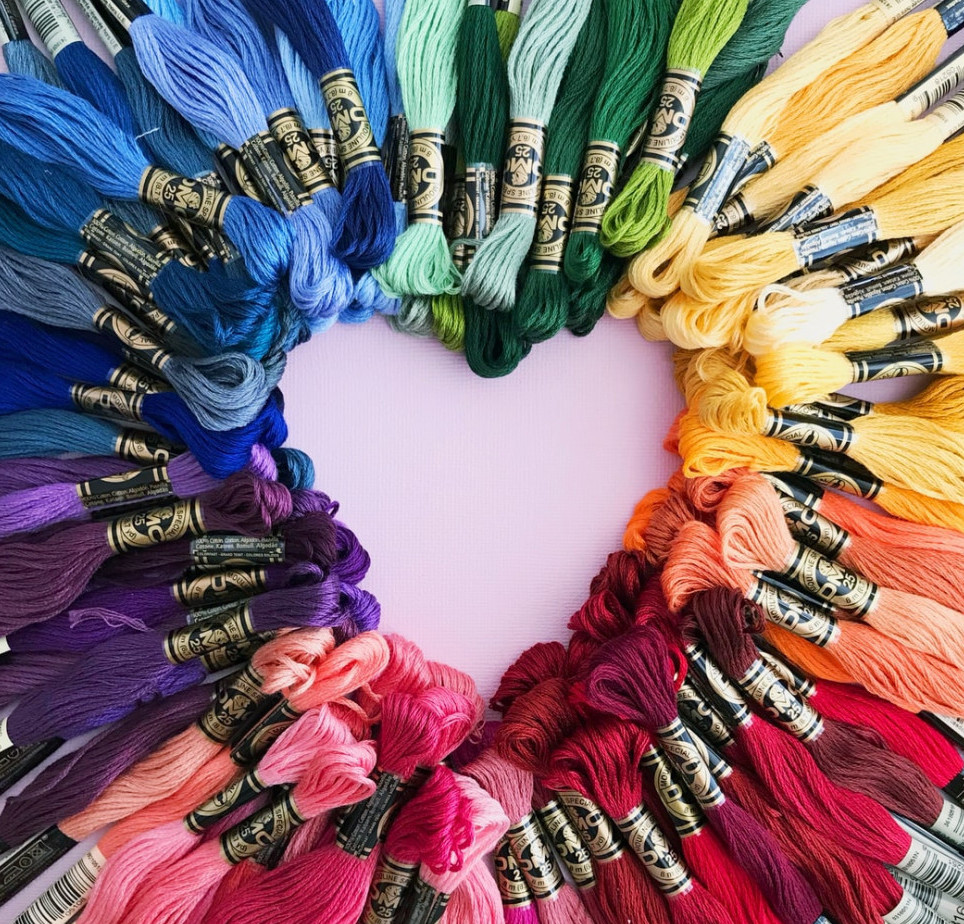 Let’s take another look at embroidery and also take a look at the history of embroidery, as although it is not as popular as it used to be in our grandmother’s day, it is still used and nowadays we even have wonderful machines to speed up the process for us.

For those of us who are not sure, embroidery is a classic art form, which involves decorating fabrics and other materials with yarn, thread, and needle. This handicraft or art form may use materials such as beads, pearls, ribbon, sequins, quills, and even strips of metal.

Among the most unique traits of embroidery is that the basic techniques, which include the blanket stitch, running stitch, satin stitch, chain stitch, and cross-stitch, truly remain as standard techniques in the art of doing embroidery by hand. You can read more on how to do the stitches by clicking here.

The History Of Embroidery 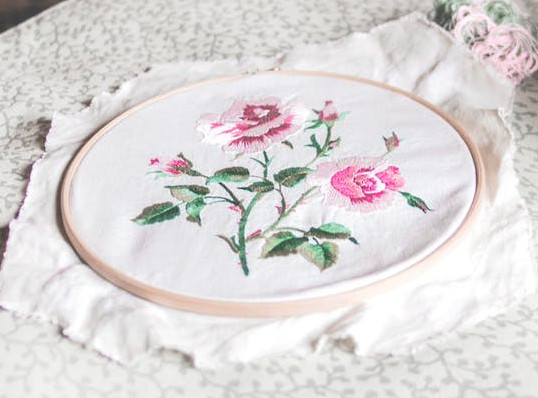 The exact origin or history of embroidery still cannot be fully determined however, archeological finds and preserved items have been found from the Iron Age, as well as from ancient Egypt, the Zhou Dynasty in China, and from areas in Northern Europe.

It seems embroidery in its various forms has existed as long as man has been able to produce fabric. Today embroidery is practiced all over the world, but it is believed that it has its origin in China and the Near East. The word embroidery comes from the French word broderie meaning embellishment.

To demonstrate power and wealth, richly decorated garments and ornaments in the form of wall hangings and tablecloths were commissioned by people.

The Bayeux Tapestry depicting the Norman conquest of England in 1066 is one of the world’s most famous works of embroidery. The tapestry measures 70 m x 50 cm, was embroidered with stem stitch, and double couching on unbleached linen. It is thought to have been embroidered in about 1076.

Tapestry is also a form of embroidery and in this piece of the history of embroidery, this technique originated around the year 1800, when it became popular among women in upper-class environments to embroider small images.

Around 1900 embroidery became more accessible to the common folk. Mail-order catalogs and patterns led to patterns and techniques being widely spread, and embroidery was no longer done on expensive silk but on coarser and cheaper materials.

The development of machine embroidery in the eastern Switzerland region in the latter half of the 19th Century allowed the speeding-up of the production process, enabling the production of embroidered items on a large-scale level.

The rise of the Industrial Revolution paved the way for the mechanization of many forms of sewing, including embroidery. Josue Heilmann invented the hand-embroidery machine, developing machinery that could utilize up to 4 hand-embroiderers.

Embroidery has mainly been done by women over the years, but it hasn’t stopped a few men from trying it out including Henry Fonda, who admitted to it being his favorite hobby to relax.

Today’s line of modern embroidery machines use computerized or digitized patterns, as well as employs the use of embroidery software. Machine embroidery utilizes different “fills” to add innovative designs and textures to completed works; embroidery machines are commonly used to add monograms or logos to gifts, jackets, sports apparel, and even business shirts. They are also used to enhance decorative fabrics, draperies, and household linen.

Many women do embroidery as a job, but with the help of machines, as the hand method is very slow and is used more as a hobby.

According to embroidery experts, embroidery can be classified depending on whether the design is stitched on the top of the fabric, or through it. Classification will depend on the association of the fabric to the stitch placement.

Free embroidery refers to designs that are applied without putting any regard to the weaving of the fabric underneath. Examples of free embroidery styles are time-honored works made by the Japanese and Chinese.

Counter-thread embroidery is done when the patterns are made putting stitches over a pre-arranged set of threads in the underlying fabric. Examples of this include needlepoint and some types of blackwork embroidery.

Drawn thread work and cutwork embroidery are best known for the cutting away or deformation of the foundation fabric, as holes are created and decorated into the embroidery.

Canvass work threads are generally stitched through a fabric mesh, creating a complex pattern that totally covers the foundation fabric.

Cross Stitch is one of the easiest embroidery stitches to get going with. Here are some great things you can make with cross-stitch.

As traditional embroidery patterns vary with each country or region, the fabrics and yarns used may also vary. For centuries, linen, wool, and silk have been used as both yarn and fabric. In modern times, rayon, cotton, and other synthetic and novelty yarns are utilized as embroidery thread, along with silk, linen, and wool.

Embroidery hoops will also make your job a lot easier. You can read more about Embroidery Hoops here.

Needle Choice Is Important In Embroidery

In creating wonderful embroidery pieces, the choice of needles to use will depend on two vital factors. These include the size of your thread in the needle and the count of your ground fabric.

Your thread should be able to fit within the needle’s eye, and won’t fall off the thread when it’s dangling. The correct sized needle must pass through the holes of the fabric, without altering or distorting the fabric.

Embroidery experts stress that the needle is inserted to open a hole on the canvass, which should be open enough to allow the thread to be drawn through with relatively minimal pressure. However, if the ground fabric is quite coarse or rough, then it would be better if you use a much larger needle to bore a hole on the ground fabric, allowing the thread used to retain its sheen.

Embroidery is still something that everyone can try out – young or old, poor or rich, famous or unknown – the only thing needed is a needle, thread, fabric, and a spare moment or two.

Please feel free to comment on any other points of the history of embroidery that you may know about.