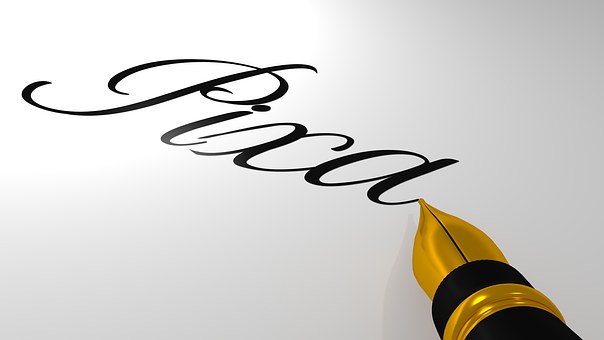 Today, I am going to talk about calligraphy writing. If you are an avid scrapbooker, you will love what this form of writing will offer you for your layouts. 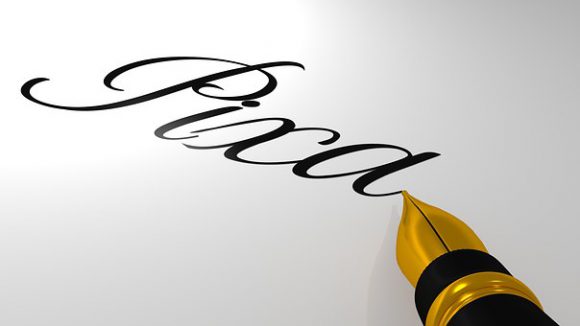 Calligraphy writing is the art of beautiful handwriting.  When learning how to do calligraphy, patience, and attention to detail is actually more important than artistic talent.

The History Of Calligraphy Writing

Calligraphy writing is believed to have stared with ancient story-telling pictures that were drawn on the walls of caves.

As the human race developed, so did the cave paintings, and around 3500 BC the Egyptians created a form of highly stylized writing called hieroglyphics, which they painted on the walls of the tombs of their nobility.

A couple of thousand years later in around 1000 BC, the Phoenicians created what is believed by scholars to be one of the first alphabets and writing systems.

The Phoenicians were seafarers who traveled to different ports and carried their use of written language with them.

It is believed that these Phoenician seafarers influenced the Greeks who later developed their own form of writing.  The word calligraphy derives from the Greek terms kallos, which means ‘beautiful,’ and graphein, ‘to write.’

Through the ages, calligraphy writing has been defined as beautiful writing.

The Romans learned their writing skills from the Greeks and by 850 BC had adapted the letters and the words to the Latin language. 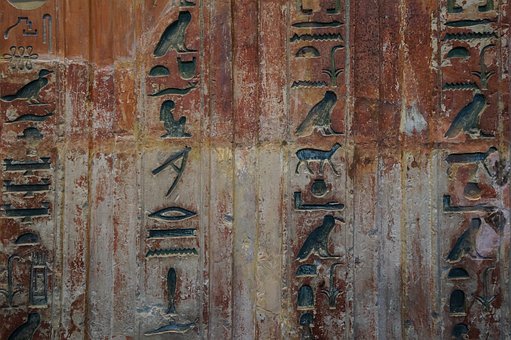 In the next few hundred years and the fall of the Roman Empire, Latin continued to be the language of the church throughout Europe, and it was through the church that this written language was initially preserved. Because the word of God was considered divine, monks began to carefully scribe ancient texts into beautifully written and decorated books that were treated with great respect by the clergy and nobility that had access to them.

Paper was rare and expensive, even by royal standards, so the monks developed a style of writing that was condensed, allowing more words to fit on a single line. This style became known as Gothic and was used throughout the Middle Ages.

In the Mid-15th century, Johanes Gustenburg invented the printing press and developed type based on the Gothic lettering style of the monks. This new technique allowed for faster, less expensive printing, but it threatened the continuation of the ornate work done by the monks. 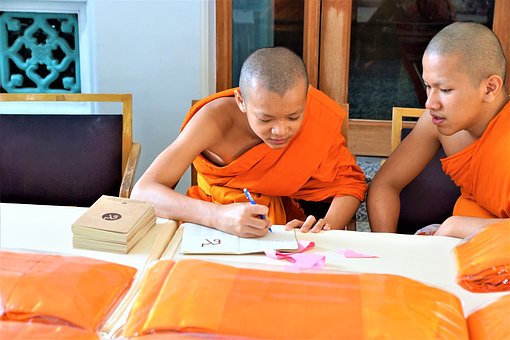 Calligraphers were threatened once again in the 17th century with the advent of copperplate engraving, which permitted the printing of very fine lines similar to the italic script.

In the mid-19th century, William Morris introduced the flat-edged pen and began a calligraphy revival, bringing back the popular art form of beautiful writing.

It might seem that the art of calligraphy could not possibly withstand the ease and popularity of the computer, but calligraphy writing is more popular today than ever and is supported by calligraphic societies throughout the world. Calligraphy writing is both an art form and a type of craft that encompasses the finest, most ornate handwriting as well as highly creative letters and writing styles.

Expert calligraphers use a wide range of products including different types and sizes of bibs, pens, fountain pens, inks, markets, and paters to created the art the way they want it to be, however, if you are starting out, you will only need a few basics, some patience and some time to practice of course.

If you have never tried to do calligraphy before, you may be pleasantly surprised at just how easy it is to get yourself started, and it can also be loads of fun and very therapeutic.  Just about anyone can and will be able to do calligraphy and achieve great results. 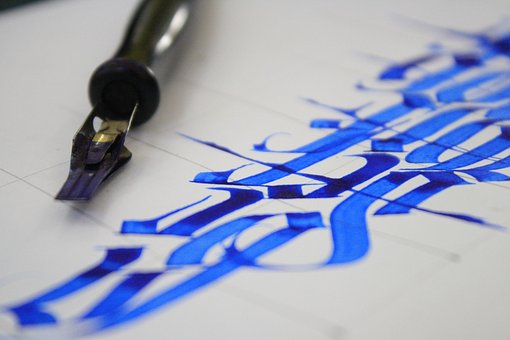 Always work in a well-lit area when you try calligraphy and make sure that your hand does not cast a shadow over your work.  The best type of surface to work on will be a sloping one, as this will make the best possible angle for you to work with.

Make sure that your chosen tools are easily accessible, and use a scrap piece of square paper to let your hand rest on so that you protect your work from your skins natural oils.  Your skins natural oils can also prevent the calligraphy inks from fixing to the paper properly.

You will be able to find many calligraphy patterns on the internet which can helpful for you to copy and practice your alphabet with.  The best way to get this right is to practice the letters over and over again to get a feel for them.

You will also need to get used to your pen which will feel quite different to a regular pen.  Calligraphy pens are broad edged and need to be held at a constant angle in order to achieve the characteristic thin and thick line strokes.

When you are ready to do your journaling or script, first rule some light pencil lines to work on and keep your calligraphy in a straight line.

When you are practicing your alphabet, be sure to practice in upper and lower case.  Be bold and try your hand at the italic script by holding your pen at a 45-degree angle and slanting your letters anywhere between 5 to 10 degrees.  Measuring out your spacing between your letters is also an important aspect to consider.

There are left-handed pens available for left-handed people.  Left-handers must take extra care that they don’t smudge their work as they write, as their hand will follow their writing.

My late grandmother got me interested in this art form, but now I just need to find the time to practice it more.
Amazon has some great books and tools to get you started with this unique art form. If you are interested in any of the products below, simply click on the picture.
If you are looking for a Calligraphy Definition Glossary, click here.

To start off you will need:

Markers
Ones that are broad and chiseled in various sizes.

Fountain Pens
Fountain pens are great for beginners as you don’t need to keep dipping the pen nib into ink, this is one part of calligraphy that is hare to master.

Paper
It is important that you use paper that works well with the writing tools and inks that you have selected.
Always test your pens on the paper you intend using before starting a new project.

Or why not get yourself a calligraphy writing kit?

2 thoughts on “Calligraphy Writing – It’s Easier Than You Think”